Making the best of ISOLATION during CORONA outbreak!!! 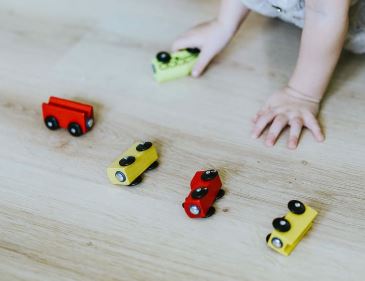 Lately, Corona (Covid-19) virus has wreaked havoc on the entire world affecting more than 2 billion people. No wonder social distancing has become a new NORM and like never before, ISOLATION is providing a unique opportunity to interact closely within the family to bring about different perspectives towards life.

Anyone dealing with stock markets could relate to the widespread retracement in stock prices and experts are suggesting reviewing and rebalancing investments. Along the same lines, perhaps this is the time to take stock of the abilities and behavioral peculiarities of our kids on one hand and look critically at our own temperaments and biases on the other. For that matter, long-term investing could very well be a good analogy to raising kids so as to bet on tomorrow’s winners!!!

During a recent program at Phoenix school, Dr. Suneel Godbole had made an interesting comment that children with sub-par mental abilities tend to do well with the activities requiring touch, smell, and taste senses as compared to white-collar jobs which require extensive use of visual and auditory skills. We all know that our kids require multi-modal teaching/training techniques. For Shlok, we observed he likes to do hands-on activities such as helping in the kitchen, doing home chores, serving at the dinner table, etc. So his dominant learning mode seems to be kinesthetic.

In line with that, we are encouraging him to play mechanic sets wherein he can make various car models with nut bolts, screw-driver, and spanners. In general, I observed an ebbing of interest after a few weeks whether it is dance, music, or even sports class. So far Shlok has always responded with enthusiasm for the mechanics of the mechanical objects. So surely this would be one focus area to work with him in long term. Another aspect, we need to be conscious of is what is age-appropriate attention span. For Shlok, we observed he responds well when we do any specific activity for 10-15 minutes. We believe every 6-12 months we can slowly extend his attention span by a few minutes…

To be able to work independently in the outside world one has to attune to social expectations at large. So behavioral peculiarities are another prominent area to pay attention to. I am calling it peculiarities because often it seems to be attention-seeking misbehavior on Shlok’s part. Shlok exhibits multiple such behaviors – Spitting when angry, mischief with friends/siblings/cousins, or even sometimes sneaking away in crowded public places within a blink of an eye.  Just yesterday he sneaked away in our neighborhood while we have been searching for him all over. After 8-10 minutes I got a call from a gentleman couple of lanes down informing that Shlok is with him. We felt relieved. But the point is we need to be vigilant and prepared for such situations. To my surprise, Shlok had informed his name and also showed the locket to the stranger. Knowing Shlok, we always keep one plastic keychain as a locket with him (my mobile number and Shlok’s UID/Aadhar number written in there). Whenever we go to crowded places or weddings etc, we make him wear a watch with a SIM card so either he calls us or we could reach him.

These kinds of instances are very difficult to keep calm. I was able to keep a neutral temperament and after a couple of hours when everything was settled, I praised Shlok for his good behavior of showing his phone number to the stranger. Later in the day when he was happy and more receptive, I told him a social story about why he should not go out without informing. We are also trying him to memorize critical information such as phone number, address, etc. Of course, there is no alternative to being more vigilant in the first place but we still need to have strategies in place as fallback options.

As per Indian culture, a day is divided into eight praharas (of three hours each) or thirty muhurtas (of 48 minutes each). So while I am working from home, our focus is there should be at least 10-15 minutes of an activity every 3 hours so we remain in sync with the child. It is even better if we can use at least 2-3 instances every day to form a positive/healthy habit. With our kids forming any new habit is a bit difficult. But if we persist long enough, we would be rewarded richly as the kids themselves remind us to do those activities. For example, I am teaching sun salutations for the last 10 days and I need to take extra efforts for him to follow. But for the last couple of months, Shlok has been reciting Hanuman Chalisa in the evenings with his mother and chanting Om prior to going to bed. Now that he has gotten used to it, he only reminds us. Another fun activity Shlok likes to do on my laptop is drawing shapes and coloring in “paint”. He is now doing a lot of it independently.

As I always feel, we as parents are custodians of our children’s future. We gotta do whatever it takes to move forward an inch at a time!!!

21st March is celebrated as World Down’s Syndrome Day. It...

In Indian culture, a mother has been revered as the...

A Tryst with Dyspraxia

A tryst with Dyspraxia…. My son Antariksh was diagnosed with...

When we were in Delhi, we used to take Dhruv...