Meeting them half way 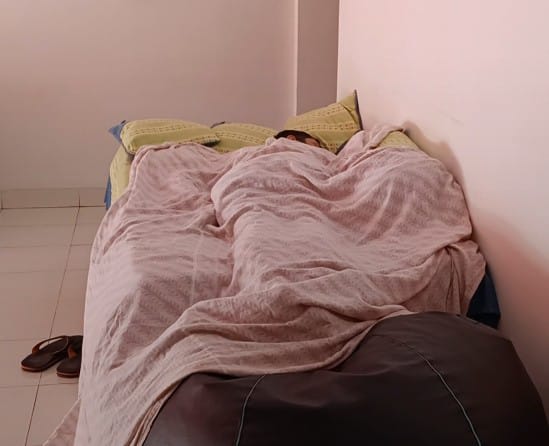 In the last couple of years, I have sensed a rigidity, stubbornness, and intense loyalty for patterns and schedules in Gautam (Now 22 plus and on the Autism Spectrum Disorders).
Like every other symptom that you do not want to acknowledge in your child, I wanted to deny this as well. Tried. With force. With insistence. With more stubbornness, in response to his. And even wore it as a feather in my cap. That I was able to resist his insistence, while others around me were either succumbing to it or helplessly playing the victim to it.

This Sunday, (yesterday 29.05.22) there was an eye-opener waiting for me. Another eye-opener, to be honest, for the amount of ideas, co-relations, causations, and realizations that have occurred to me while living and trying to make sense with this ‘now not so unique and rare neurological condition’ is not a joke. Which is why I feel when done slow and steady and consciously, ASD and making sense of it, can be an effective tool in self-realization and self-growth.

Ok back to what happened this Sunday.

I have a small and easy household. Three of us. All three were trained, by each other, to be independent. After breakfast and a few other morning rituals, the setting was perfect for a brief post-breakfast nap. I am a light sleeper, and wake up early, even on break days. (What adds to my sleep deficit is my recently acquired obsession with ‘online scrabble. I stay awake, or wake up in the middle of the night and indulge myself in it.) So I withdrew into my room, announced that the room and I were off-limits for a while, till I myself emerged from it, and got ready to grab a few winks, which were sitting on my eyelids waiting to be claimed.

As I woke up from my nap, I grabbed my mobile, looked at the time, and decided it was time to step out and attend to the few things that needed to be done.

When I opened the door and stepped out, I sensed a complete calm. The first thing I deduced was that my husband had gone to take care of his Sunday ritual, with the visit to the salon. The second observation was that Gautam had fallen asleep on the ‘Living Room Deewan’.

This was a lovely event, for he hadn’t slept very well on the Saturday night, because he was worried about a few things that had to take place, according to him, on Sunday. He must have laid awake till late, wondering if these things would be attended to by us, and also got up early to ensure that his insistence can ensure that they are carried out.

So him falling asleep felt like a relief, to me as a mother. That my son was getting the much-needed rest from pointless worrying. Pointless in my mind, but very real and debilitating in his.

As I walked about making a more perfect setting for his sleep, drawing curtains, and covering him with a comforter, it occurred to me.

Isn’t that also me? I lay awake solving word games that can be solved during the day, in one’s free time. In fact, that’s what they are, aren’t they, pastimes? But I attend to them as necessities and obsessions. And then I wake up early to take care of a few more eccentricities of mine. Dusting before the household comes. Cleaning up after the cook has finished her job. And only after all this, I am able to feel at peace, enough to put me in a spell of sleep.

Isn’t he also doing just that?

What is something so cure worthy about his quirks/insistences and obsessions?

Maybe it would be nice to ease those insistences. Yes. But then it would also be nice to lose your own, isn’t it?

If we find a way to let ours be, why should we fight to ‘cure’ theirs?

Or at least, why should that be a struggle?

I am fully aware that his obsessions are more intrusive and debilitating than mine or ours. But then there is a pathology behind it. A context. That cannot be ignored or wished away.

Yes, the reliance and dependence on these need to be limited, and minimized, but not as a fight.

Without making them feel that they are doing something objectionable and wrong and unacceptable and therefore need to be pulled out of it.

Life becomes so much easier, healthier, and peace-filled when it is not reduced to be a clash between two standards: yours and theirs.

As I write this, I am promising myself that I will be less oppressive, less forceful and less intolerant about Gautam’s need for certain things/events.

If you have questions about Autism, Down Syndrome, ADHD, or other intellectual disabilities, or have concerns about developmental delays in a child, the Nayi Disha team is here to help. For any questions or queries, please contact our FREE Helpline at 844-844-8996. You can call or what’s app us.

DISCLAIMER: Please note that this article is for information purposes only.

Acknowledge the bridge when you are ready to cross it

A healthy extent of denial and belief that things will...