Home > Blog > How we worked on iPad/screen time addiction
Blog |

How we worked on iPad/screen time addiction 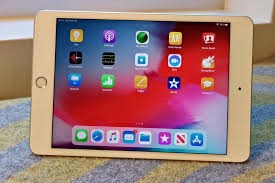 Technology based apps are quite good for education purpose. But most of the times, kids end up playing games and watching You Tube.

Sanjith was around 4yrs when we bought an iPad so that he can play some interactive games and communicate with us. Second part never happened but he was so engrossed in games like temple run, subway surfer and of course Youtube. We were young parents back then and took iPad wherever we went…be it shopping mall or hotel or relative’s place. Addiction became more.

He was so addicted that he didn’t knew when he went for potty or toilet. Then one day, my husband and myself had a discussion on how we can control it. First step, we removed games. There were tantrums, of course. We didn’t budge. Continued maximum for 3 dys and he got adjusted. He became little aware of his surroundings.

Then we worked around the timings….one hour in morning and one hour after dinner(I know it’s not good after dinner but everyone of us need ME time including my kid) Again taking device away was getting difficult.

We then reduced the charging time. Instead of 75%, we would charge it to less than 25%. At one point, we would hide chargers at most weirdest places.

Stopped taking it everywhere we go except to his grandparents house. Initially it was bit difficult as he would run away immediately after his meals in a restaurant. It took years to build that tolerance of sitting throughout.

We started using iPad in guided access mode for educational related activity. One can google about guided access.

These are some of the strategies that worked for us. It took lot of time and effort in removing this addiction. Still we PERSISTED.

Now he is 12 yrs. Toilet trained ;Uses two devices….iPad for communication and Tablet for his you tube. Charging strategy for Tablet continues but he’s ok to not touch it even if there’s little charge left. iPad is always ON . He understands their functionality and uses accordingly.

Every kid gets here with little bit of modifications. Initial phases are, no doubt, difficult. But you will overcome….best wishes!!!

Travel diaries with autism: A few days back, we had...